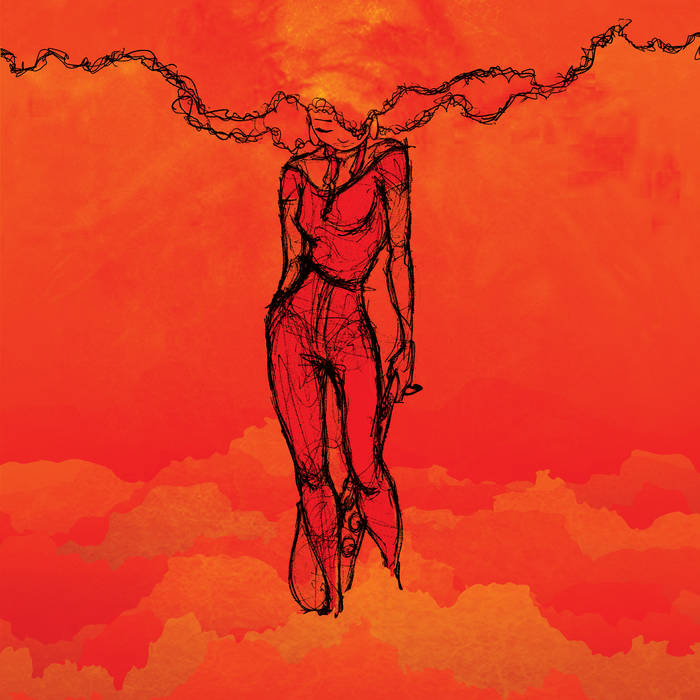 Khairul Adzwan Outstanding music! yet again another top notch musicianship. Keep on pushing the boundaries! Favorite track: When We Are.

Mohan Thomas Heavy sounds. The drums and bass are relentless and driving without being hectic. The keys add just the right amount of colour and texture. All this perfectly setting the stage for Garcia's deft sax.

And then you get to listen to reimaginings of the same tracks. Great concept!

msiladi Superb work! The genre is in debt to .you and your band for pushing past the traditional boundaries. Cant stop listening, Hope you come to New Zealand some day! Favorite track: When We Are (K15 remix).
more...

Saxophonist, composer and bandleader Nubya Garcia is back with the eagerly awaited next chapter to her musical unfolding, When We Are. Enabled with the support of the prestigious Steve Reid Foundation’s InNOVAtion award, and with Eglo records co-founder Sam Shepherd (Floating Points) as her mentor, this self-released EP features two newly recorded compositions from the much-lauded artist. The record also comes with B-side remixes from two generations of London’s finest producers, K-15 and Maxwell Owin.

Following on from her scorching sophomore release, Nubya’s 5ive (jazz:refreshed), When We Are sees the trailblazing player take typically self assured steps into new territory with electronic experimentation. “I’ve been inspired a lot by the producers around me at the moment, people like Ben Hayes, Tom Misch, Joe Armon- Jones, Jake Long and Maxwell Owin”, said Garcia. “There’s an electronic vibe in there that I wanted to explore more, and this release feels like a positive evolution from the last EP.”

Much like the celebrated Brownswood release, We Out Here, where Garcia features on five of the nine tracks, When We Are offers a snapshot of the artist she is today and the organic musical languages she continues to form with her long term collaborators Femi Koleoso, Joe Armon-Jones and Daniel Casimir.

The title track opens with the easy cascading of Armon-Jones on keys, Garcia’s signature erudite tone dancing against the drummer Koleoso’s boxy, afro-tinged hip hop runs; all three riding on Casimir’s beautifully subtle, abetting bass. Crisp and clean, the track’s sweet inflections are carried into spacious territory by light touch pedal effects. Source comprises of shape-shifting, Tetris-like grooves. It’s a characteristically sophisticated sound from the band, where each player is able to shine around the trademark fusion of gospel, soul, broken beat, Afro-Caribbean and Latin styles that Garcia has deftly crafted into her own.

Alongside her releases, Garcia’s reputation as a DJ is burgeoning, bolstered by her hit radio residencies on platforms including Balamii and NTS, and a growing number of live sets across Europe. The record partly draws on the energy of the club-nights that shaped her formative years. The grime and garage nights in north London, dub nights across the river in south London, and of course, the infamous Steez performance jams that have served as a rite of passage for much of the scene. “It was a night by the people for the people, bringing different audiences together – it changed our perception of what music could be,” Garcia recalled. “Watching my peers getting excited over solos - before they were over - was incredible and the energy of that space will stay with me forever.”

The remixes on the EP offer a different of the same coin, continuing the trajectory of genre blending that has been championed by a resurgent generation of players. “I knew I wanted remixes, because I wanted this to also be on dance-floors – at nights like Touching Bass or Co-op presents in London,” Garcia shared. “Remixes open the door to new possibilities in sound.”

On the recommendation of Sam Shepherd, house stalwart K-15 transforms When We Are into an expansive, mellow soundscape, revolving around Garcia’s mesmeric solo. Source is given a new lease of life by Maxwell Owin, whom she describes as ‘a secret puppeteer of the scene’. This rework takes on a cool, numinous opening, giving way to dance-floor fanfare and 1am baselines made for flaunting footwork. A stunning new chapter from one of London’s leading musicians.

Bandcamp Daily  your guide to the world of Bandcamp

outré black metal, with a Victory Over the Sun interview and music from Liturgy and Jute Gyte.